After the first test run of Crawling Traces in November’12 at the CYNETART I developed the software further and further. Now, drawing lines are saved and can later be rewatched. I wrote a web player to give everyone a chance to replay the events: 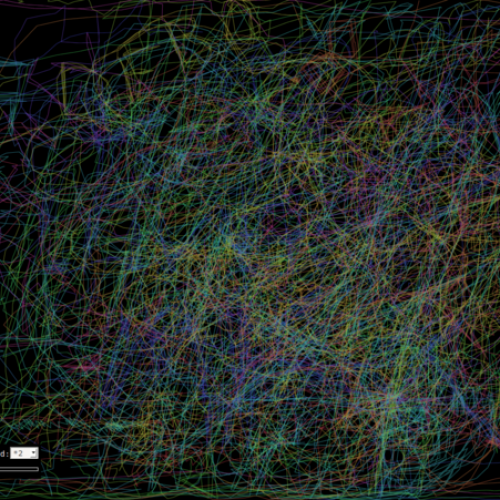 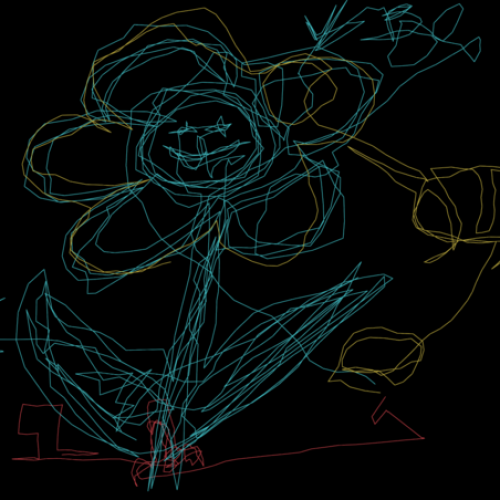 The extra connection lines between drawing points are not included due to performance issues. The result is therefore not the same as on the wall, especially because the important aspect of the background of the projection is missing, but you get the point.